$40 Billion to Ukraine & Strictest Abortion Law Yet: What You Need2Know

May 20, 2022 11:52 am
By Jack Gallop
Share with
View Transcript
Get the Need2Know newsletter in your inbox every morning! Sign up here!
Here are the headlines you Need2Know for Friday, May 20, 2022:

By a vote of 86 to 11, the Senate passed a bill sending a $40 billion military and humanitarian assistance package to Ukraine, the largest aid package for the war-ridden country to date. The bill, which passed in the House a week prior, provides funding for defense equipment, migration and refugee assistance, and emergency food assistance. Congress approved an initial $13 billion measure in March, bringing the total price tag of U.S. aid to Ukraine to just under $54 billion. The bill now just needs President Joe Biden’s signature — which he is certain to provide — to put the package in motion. NBC NEWS

The bar has been raised for strict abortion laws in America. In Oklahoma, lawmakers passed a bill that prohibits nearly all abortions starting at fertilization, going a step further than a law that took effect in Texas last year, which bans abortions after six weeks of pregnancy. While Oklahoma’s bill prohibits abortions from the moment of conception, there are a few exceptions. Abortions are allowed if it will save the life of a pregnant woman, or if the pregnancy is the result of rape or incest that has been reported to law enforcement. Once signed by Gov. Kevin Stitt, a staunch pro-life Republican, the law goes into effect immediately. AP

Payton Gendron, the 18-year-old White man accused of a racially motivated mass shooting that killed 10 Black people at a supermarket in Buffalo, New York, was indicted by a grand jury. The indictment of a first-degree murder charge was announced during a brief court appearance for Gendron, who was ordered to remain held without bail. Separately, an allegation has surfaced involving a 9-1-1 dispatcher who hung up on a woman inside the supermarket during Saturday’s massacre. The caller, a manager at the Tops supermarket, alleges the dispatcher shouted at her and asked why she was whispering before hanging up. The dispatcher has been placed on leave but is expected to be fired once an internal investigation is complete. NY POST

McDonald’s is selling its Russian business to Alexander Govor, a McDonald’s licensee who already operates 25 locations in Siberia. Govor will acquire all 850 locations in Russia and operate them under a new brand, after the fast-food giant recently announced it was leaving the country following its invasion of Ukraine. Financial terms were not disclosed, but Govor agreed to retain employees for at least two years on equivalent terms. Once the deal closes in the near future, McDonald’s once flourishing three-decade tenure in Russia will officially come to a close. CNBC

McDonald's sold 850 of its stores faster than we can sell lamps on Craigslist.

The board of Spirit Airlines rejected a hostile takeover bid from JetBlue Airways, setting up a June 10 shareholder vote to determine Spirit’s fate. Spirit’s board contends that JetBlue’s $3.3 billion all-cash offer carries too much regulatory risk, and it prefers to stand by its planned merger with Frontier, a deal that would create the fifth-largest U.S. airline. JetBlue has offered $30 a share for Spirit, but could raise the bid to $33, compared with the roughly $20-per-share value in Frontier’s cash-and-stock proposal. FORTUNE

Shocker: JetBlue didn’t include free refreshments in its offer.

The committee investigating the Jan. 6, 2021, Capitol riot is seeking information from Georgia Rep. Barry Loudermilk to discuss a Capitol tour he gave the day before the insurrection. Committee Chair Bennie Thompson said accounts “indicate some individuals and groups engaged in efforts to gather information about the layout of the U.S. Capitol,” but Loudermilk countered that he brought a “constituent family” into the Capitol, and “no place that the family went on the 5th was breached on the 6th [and] the family did not enter the Capitol grounds on the 6th.” Meanwhile, Bill Barr, former President Donald Trump's attorney general, is expected to cooperate with the investigative committee in a formal transcribed interview. POLITICO

New York City celebrated Asian Pacific American Heritage Month with two parades that took place just a day apart: the first-ever Japan Day Parade and the Asian-American Pacific Islander Cultural and Heritage Parade. Though the parades commemorated Asian culture, art and tradition, they also sent a message of positivity to a community beset by a spike in anti-Asian attacks. In 2020, the NYPD created a task force to address anti-Asian hate crimes, but in 2021, more than 130 attacks were recorded in New York City alone. So, is enough being done to protect the AAPI community? Cheddar’s Lawrence Banton spoke with the deputy consul general of Japan and director of the Japan Information Center to get a sense of the community’s perspective. CHEDDAR

…Games on TikTok. The app will begin testing in-app games in Vietnam, one of its most tech-savvy markets. The social media giant plans to start with simple minigames as it makes a push to use gaming as a new source for ad revenue. CHEDDAR

…Rihanna the mom. The pop superstar and her boyfriend, rapper A$AP Rocky, welcomed their first child together on May 13. Rihanna reportedly gave birth to the baby boy in Los Angeles. E! NEWS

BECAUSE WE'RE ALL WATCHING SOMETHING THIS WEEKEND…

It’s Friday, so streaming recommendations are in order from the team here at Cheddar. This week features perhaps our best offerings yet, as we let you pick between a murderous love story, a nostalgic cartoon, an A-list celebrity talk show and more.  CHEDDAR 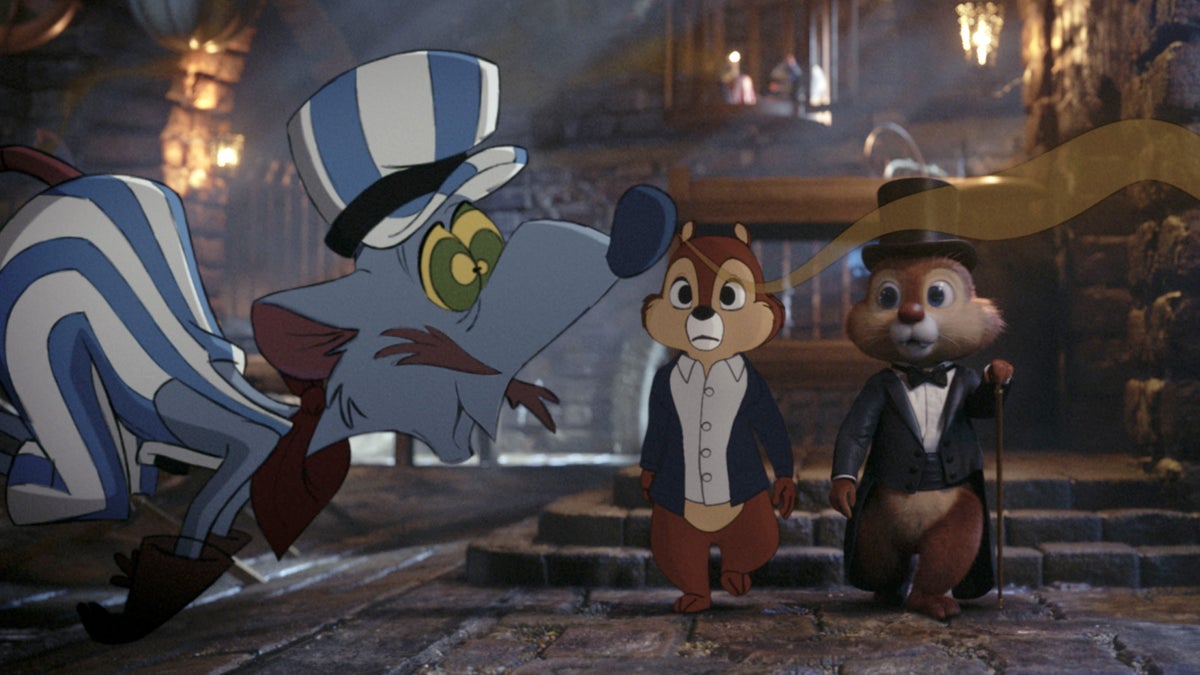 One thing we love: The fact that calories don’t count when food is free.
One thing we hate: The current state of our stock portfolios.
One thing we ate: Indian snacks, courtesy of IndiFix.
Need2Know Podcast Note: The Need2Know podcast is taking a break for now. We're looking forward to bringing you more context and analysis on the big stories of the day in a few weeks. In the meantime, check out our archive on Apple or Spotify, or watch on YouTube, and send us your feedback!
Updated May 20, 2022 at 11:18 a.m. ET to remove a misplaced gif and clarify that Oklahoma’s new abortion bill prohibits the procedure from the moment of "conception," not "contraception."
Related
5:06
Chicago Parade Carnage & Minions Mania: What You Need2Know
Justice Breyer Out & R. Kelly Sentenced: What You Need2Know
Wild Jan. 6 Testimony & Airbnb Party Ban: What You Need2Know
WATCH NEXT
Prenatal Startup WeNatal Is Focusing on Male Fertility Too
About UsJobsAdvertiseLicensingCheddarUContact UsHelpTerms of ServicePrivacy Policy