As a female African American co-founder of a spirits brand, Fawn Weaver had her work cut out for her. But since the whiskey's debut in 2017, she and her team have found great success while remaining dedicated to the legacy of its namesake, Nathan "Nearest" Green.

Green worked for Jack Daniels and was the first African American master distiller. Many connoisseurs consider him the godfather of Tennessee Whiskey.

"He is the person that we know that has essentially perfected the difference between Kentucky Bourbon and Tennessee Whiskey," Weaver, co-founder, CEO, and chief historian of Uncle Nearest Premium Whiskey told Cheddar on Thursday.

Weaver says that the Lincoln County Process, when a distiller filters bourbon through sugar maple charcoal, was a practice brought over from West Africa.

"You cannot make Tennessee Whiskey without following the process that he taught," she said.

While staying true to growing awareness about Green's legacy, Uncle Nearest Whiskey has seen sales rise at a neck-breaking speed. According to Weaver, her company is the fastest growing independent whiskey brand in U.S. history.

But plans to expand internationally were put on pause after the EU slapped tariffs on whiskey exports from the U.S. As a result of those retaliatory tariffs, American whiskey sales in the EU dropped 27 percent in 2019, according to The Distilled Spirits Council of the United States.

"I hope they get this worked out soon because it's harmful to American businesses," Weaver said of the tariffs. "We completely changed our strategy ... We just decided to beef up here domestically."

While demand at home is healthy, Weaver says she is careful to build out the right team and culture for Uncle Nearest.

"We're not going out and selling whiskey," Weaver said. "We are literally the stewards of a man's legacy that we brought forward." 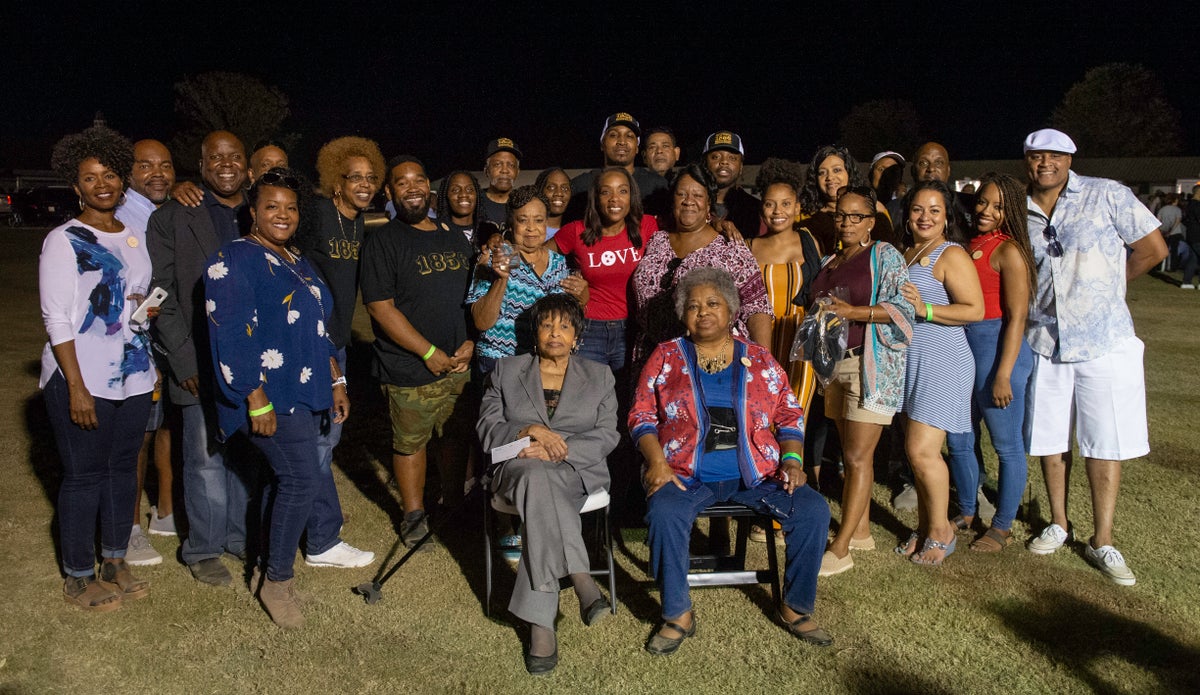 As a female-founded company in a male-dominated industry, Uncle Nearest has had to find creative ways to build business relationships. In the early days, Weaver said she recruited her husband to make important phone calls because the appearance of a man running a distillery resulted in higher interest from potential partners. He portrayed this leadership role despite working a full-time job as an executive at Sony.

"I didn't even realize until a year and a half in that that was the case," Weaver said. "I wasn't looking for that."

Weaver says that more women in the spirit industry are being promoted into roles traditionally held by men, like master distiller and general manager.

"The success of Uncle Nearest is really leading the way for other women, for other people of color to come out and do well in this industry," Weaver said. "Not selling to a specific demographic, but selling to everybody. It just so happens that we're a different gender."

5:43
Black-owned Independent Whiskey Brand is Fastest Growing in U.S. History
Uncle Nearest Premium Whiskey was the first spirit bottle in the world commemorating an African-American. Fawn Weaver, co-founder, CEO and Chief Historian, joined Cheddar to discuss.
2:15
Tennessee's Historic Nelson’s Green Brier Whiskey Acquired by Constellation
Nelson’s Green Brier, a 159-year-old, Tennessee-based whiskey producer, was acquired by Constellation Brands on Thursday. Founded in 1860 by Charles Nelson, it joins a portfolio of brands that includes Corona beer, Robert Mondavi wine, and SVEDKA vodka.
6:23
What's Behind the Bourbon Boom?
It's a good time to be in the American whiskey business. Volume is up almost seven percent with revenues totaling over $3 billion. Angel's Envy's Wes Henderson joins us to explain what's behind whiskey's surging popularity. As for why American bourbon is outpacing its foreign counterparts, Henderson says people are appreciative of the product's uniquely American qualities and story. Henderson tells us all about his company's bourbon. Though it's a new player in the space, the family business finishes its bourbon in port wine barrels, giving it a unique flavor compared to other American whiskeys. Henderson coaxed his father, a member of the Bourbon hall of fame, out of retirement to start the company with him and his two oldest sons. Then, we take part in a live whiskey tasting. Henderson pours us some glasses of bourbon that's been aged four to six years. He tells us about the demographic shifts fueling bourbon's surge in popularity. While the drink used to be favored by older men, it's now catching on with both younger people and women.
close
We use cookies and similar technologies on this site to collect identifiers, such as IP address, and cookie and device IDs as described in our Privacy Policy.